I just beat WORLD OF HORROR, a Junji Ito Lovecraftian Adventure game released on steam in early access on February 20, 2020. My time with it was short, and I beat it on my first try, so I will not write a full review on it, and instead give my bite-sized thoughts on the game.

It’s a pretty nifty game; I’d say that’s the best way to describe it. This game is a new version of something old, which is not necessarily a bad thing. It brings nothing new to the table, but there a uniqueness from this game that draws you to it. You haven’t seen a game like this in a long time. The style is timeless and hasn’t aged. There is no Junji Ito, Lovecraft mashup quite like this. I’d call it a unique niche game that succeeds in being its unique niche. No, it is not scary. Not spine-chilling. There are occasional disconnects in the narrative, but I assume those will change with quality fixes over time. This game is in early access. However, it is a complete game in terms of how a playthrough would go.

I found it overall, really fun. WORLD OF HORROR players describes it as a roguelike, but I don’t think that does it justice. Imagine an RNG intensive, Dungeons and Dragons-like game where stat checks fail or succeed left and right to cause unneeded chaos and tension. The random events that happen and how they can screw you over, that’s where the fun in WORLD OF HORROR hides. It’s a weird hybrid combo involving style, aesthetic, story, and setting. It accomplishes it all well and overall a very decent game if this is the kind of thing that speaks to you. Say, if you’re the niche this game is fulfilling.

WORLD OF HORROR’s description is “a love letter to the cosmic horror work of Junji Ito (伊藤 潤二) and the 1-bit aesthetics of early Macintosh computers. Armed with clues, spells, and your dwindling sanity, you’ll investigate mysteries all over the city and in the realms beyond.”

WORLD OF HORROR is available on steam as an early access game for $14.99. Currently, as of February 25, 2020, standing with Overwhelmingly Positive overall reviews and was developed by panstasz and published by Ysbryd Games. As of now, WORLD OF HORROR only supports English interface and subtitles on steam. 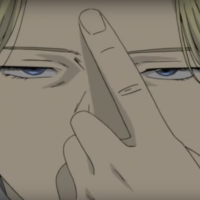